I’ve had terrible news.  Owl breezed in with all-the-news-fit-to-print, in which I found an article about an old friend, Henriette.  (read the article Odalisque in Red Pants here.)

me & Henriette back in the day

Henriette has, for the past decade or so,  led an austere, artistic life in the southwest desert, as the article states.   She was an example to me, The Odalisque, when I came to my obelisk.  I have these snapshots from Henriette …it’s hard to even look at them now…. 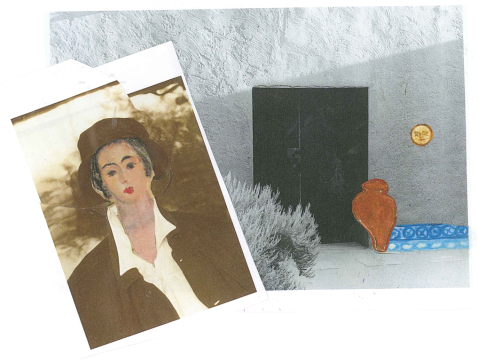 snapshots from Henriette in the desert

Henriette has been captured!  Packed in a red tube (don’t let that industry double-speak fool you…she was bound in red harem pants,  then rolled up in a sumptuous Turkish rug) and handed off to authorities who will return her to a dank basement where, the article says, no one will appreciate her!

Can you imagine what it means for an odalisque to be amongst people who do not appreciate her?  It is one thing to be a solitary odalisque as I am, but to be in the public eye but dismissed?!   Even worse, the article says she will be spited as a bourgeois.   Henriette?  A bourgeois?  Long, long ago poor odalisques ASPIRED to the bourgeoisie.  No more!  Henriette and I are beyond your conventions oh wretched outer-world.  Leave us alone!

I want to help Henriette  if only with kind words and assurance that she has a friend.  I blush with shame at my hesitation.  For I, The Odalisque, am afraid.  If “they” know about me, will they snatch me, too?  Where would they take me, these authorities?

I comfort myself with the thought that I have birds for friends…far more useful than the company of bones, which Henriette preferred.   Birds can fly and spy and deflect and bring warnings.

What should I do for pauvre Henriette?

Here is the picture that keeps appearing in the newspapers.  What no one but I notice–because I, also, am an odalisque– is that Henriette still has her COAT.  As I said in an earlier post…every odalisque needs a fantastic coat for dark times… 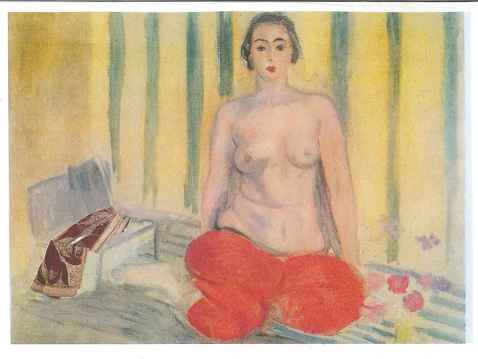 I am the odalisque who lives in an oblelisk. I converse with birds.
View all posts by The Odalisque »
« Previous post
Next post »

I am the odalisque who lives in an obelisk. I converse with birds.